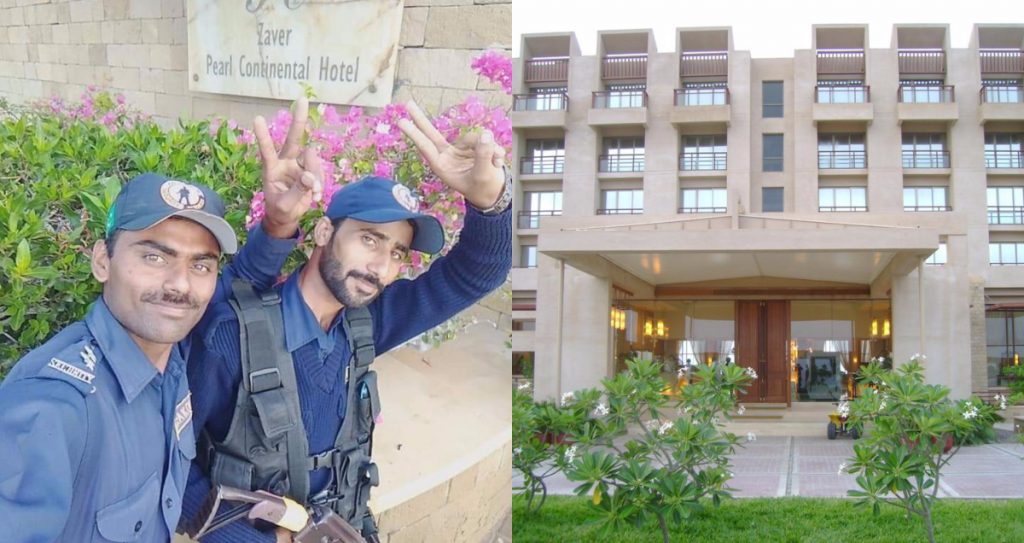 Pakistan is a country in which multiple races casts and creeds reside, and the denizens of the country are ever ready to protect their beloved land irrespective of their ethnicities. The recent strike on Gawadar’s Pearl Continental(PC) hotel depicts the story of valor.

Pearl Continental (PC) hotel is one of the most prestigious hotels in Pakistan. On Saturday, May 11, 2019, the hotel underwent a disastrous blitz from terrorists of BLA. However, the assault was curbed by our brave law enforcement agencies. Before the arrival of our forces, the two private security guards fought tooth and nail against the terrorists.

Zahoor and Bilawal, residents of Haji Khan Lashari village in District Badin of $Sindh, were performing duty of security guards at PC Gwadar when terrorists attacked.

Both Martyrs are relatives. Zahoor’s brother, Rasheed, is also hurt.

According to our sources, the two private guards gallantly faced the rogue elements and received martyrdom. The brave guards, Zahoor and Bilawal were the residents of Hajji Khan Lashhari village, district Badin, Sindh. As per the eyewitnesses, the two guards fought bravely and tried two stopped the terrorists from doing any damage to the hotel and the people around.

To our utter dismay, Zahoor and Bilawal despite doing utmost efforts to hinder the attack lost their lives, but what they did was give ample time for our LEAs to reach the location on time. Although the two guards are not well trained, they fought with alacrity and zeal proving that they are the true sons of the soil.

Ever since, the inception of Pakistan, the country is grilled amidst the crises. The horrendous day of 9 September 2001, brought Pakistan under the wave of terrorism. The country is fighting bravely ever since 2001 against the extremists. In doing so the country has sacrificed more than 60 thousand lives.

The two heroes may not come under the limelight of main media channels or may people will not acknowledge their sacrifice, yet the sacrifice they have made will enshrine in the golden words on the annals of Pakistan.

Hopefully, the government of Pakistan would acknowledge the sacrifice of Bilawal and Zahoor and solace the bereaved family of the martyrs.