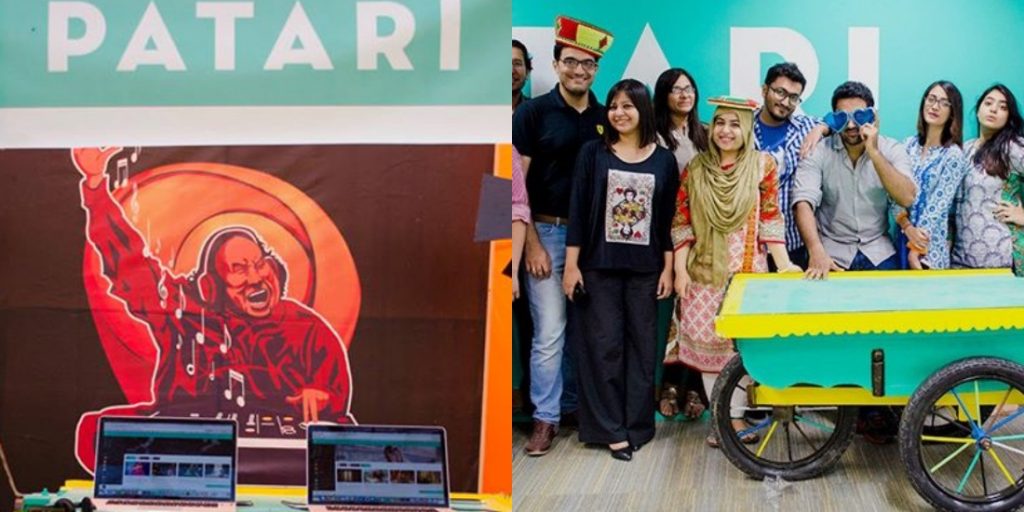 Patari, if you might not have heard about is a very well known Service that provides online music all over Pakistan with the largest streaming service.

Recently, It had made news all over the media due to harassment allegations on the CEO of Patari, Khalid Bajwa due to which he had to step down his role in the company and resign. Soon after, the company had made an official statement that Mr. Bajwa will no longer be a part of the team and also carried out an investigation themselves.

After this, we found out that the entire team of Patari comprising of 6 official members had also submitted a resignation due to the bad influence and environment of the company prior to the harassment allegations.

The members had also made tweets on their twitter accounts, sharing with us the actual happenings behind the curtains which hit as a massive shock to us.

And then we recently came across this!

Here’s the first tweet made by Ahmer Naqvi, the acting CEO of Patari Yesterday:

Furthermore, the rest of the members had also spoken out about leaving Patari as it had already done too much damage:

Journey comes to an end. I stopped working with Patari one month back and have been in Karachi since. Read this statement, ask questions instead of assuming, & trolls: shove this statement up your bigoted ass. pic.twitter.com/giQ8UjSjjA

The values that brought so many of us of work at Patari are no longer of any consequence to management. What we have now is only disappointment.
Detailed statement – https://t.co/coAIsGKQ1E pic.twitter.com/pOQoD26LXf

Have disassociated myself from @patarimusic; the organization is backtracking on the values it hired me on.

Owe majorly to @karachikhatmal for being an incredible source of help. Detailed statement here: https://t.co/PKXOgH2XGS

My mistake was that I thought of Patari as a utopia. That is how I imagined it. I'm not gonna lie, at times I envied all these people. Not just their dedication and work ethics but their vibrant social lives too.

One member also stated that she never got paid for the job anyway which is why she left:

Lol #Patari never paid me. That’s why I left. There’s far too much exploitation in this business for anyone to see right from wrong sometimes.

Besides this, there was also a rumor that Khalid Bajwa has been reassigned as the CEO of Patari once again, but these rumors were made clear on Patari’s official twitter account today stating that Rabeel Warraich will take over the position as the CEO of Patari:

1/3 This company statement is for immediate release with a more comprehensive statement to follow.

After a two month audit and negotiation between Co-founders and principal investor:

Seeing all of this spread like fire on the news and social media, people started sharing their views as to where Patari exactly went wrong and what had to be done in situations where a company faces toxicity.