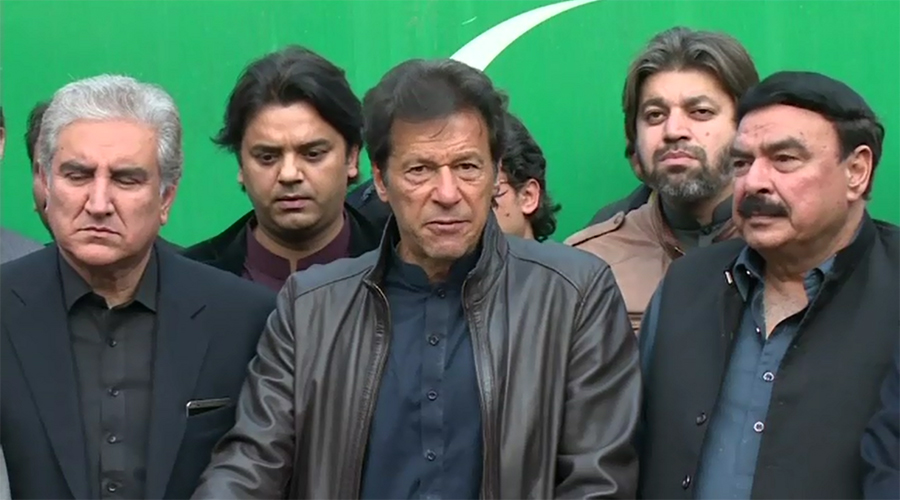 Over the decades of 90’s there were two ruling parties PPP and PMLN who ruled alternatively in Pakistan or to be more specific two politicians Benazir Bhutto and Nawaz Sharif. After the military dictatorship ended these parties again came to power one by one. No one thought there could be an end to Benazir Bhutto or Nawaz Sharif and they will always rule. But Benazir met with a tragic accident and ended in 2007 and Nawaz Sharif’s has also ended after the Panama Verdict. According to which he cannot hold any public office again anymore as said by honorable judges. Yes, the unattainable the impossible has been made reality. My point here is that my friends nothing is impossible. People thought that these rulers/ politicians /mighty rich people would never end or nothing bad would happen to them. But it did. So it’s not like nothing can happen to such people it can and it has. Nothing is IMPOSSIBLE!

But do you realize who made all this happen? All credit goes to one man, who with his great leadership, resilient nature and immense hard work has made this possible. Yes, ladies and gentlemen I am talking about IMRAN KHAN. The man who challenged this status-quo, who raised political awareness in the masses from youth to old and who worked day and night with great zeal and courage for this nation. It is this man who pointed out the wrong, highlighted the truth and stood by his beliefs. He not only pointed out the greatest menace of Pakistan CORRUPTION but proved to be a man of action rather than words. He organized protest, sit-ins, dragged the sitting Prime Minister to court. It is due to his vision, belief and hard work that politicians and locals stood by his side. But he was on this nations’ side. He worked for this nation and made the impossible possible with his continuous efforts. Had it not been for this man no one had the courage to drag a sitting PM to court. We would have only heard words and words and words “G ye karna chaie…. Wo karna  chaie… Army Chief ye kare… Chief Justice wo kare…” It was only Khan who stood against Nawaz Sharif and after that everyone came by Khan’s side.

So, I would like you all to take a moment and thank this great leader and give him his due credit. I want to tell this nation that he deserves appreciation because he is the real hero in this case. He should be given the credit for making history in Pakistan and challenging the status quo. He is the one who did the impossible. So let’s all thank this man for his efforts. Thank you, Khan!!!

Another point that I want to highlight is it’s an additional feather in Khan’s cap. Be it 1992 world cup, Shaukat Khanam Cancer Hospital, Namal University or Panama Case all seemed impossible… But all become true living realities. How this man achieved it with his believe in ALLAH and efforts. He worked hard for it.

“With faith discipline and selfless devotion, there is nothing worthwhile that you can not achieve.”

Dear Pakistanis we can do everything with our believe in ALLAH and hard work. So let’s work and achieve our dreams. Let’s all make Pakistan great.

Stand by the truth and stand for the right no matter how difficult it seems. Even if it seems the times are tough never give up or give in. Even if you are equal to a drop of truth stand by the truth. One day the waves will turn on your side. That’s what Imran Khan did. He stood by the truth even when no one did. Eventually all the parties, leaders, politicians (even PPP), media and the whole nation stood by his side. He worked for it even when it seemed impossible, when hopelessness took over, when it seemed the corrupt mafia will prevail. He dragged them to the court and fought them. At last, judiciary gave a decision which made headlines and history. So, hold on to the right path; even if you are alone. There will be a time when everyone will accept the truth. Even when it seems all is lost, never give up. Had Imran Khan given up by thinking it’s a status quo, nothing would have happened and we wouldn’t be enjoying this day.

So never give up and put in all your efforts. Work hard and try your best ALLAH will give you success.