This Girl Donated Her Liver To Her Father|Parhlo.com 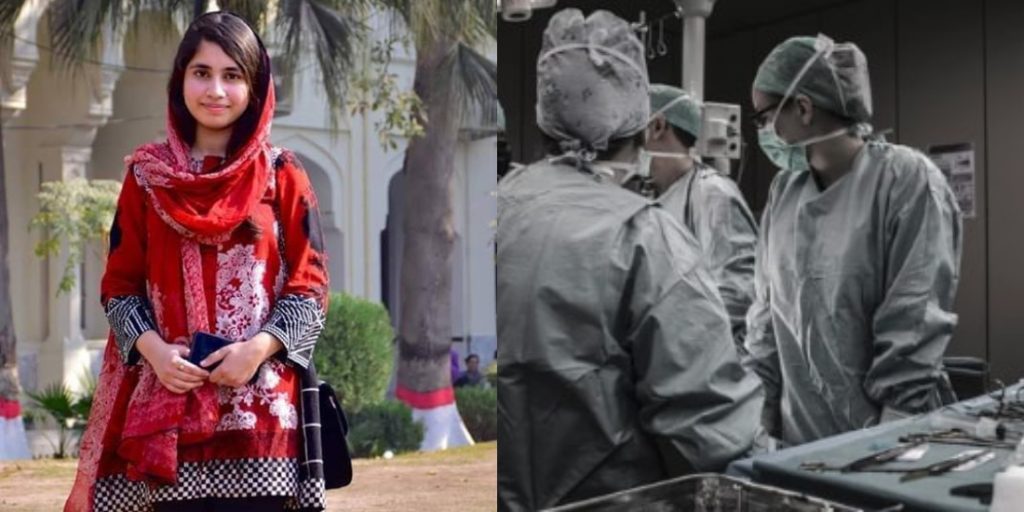 This Girl Donated Her Liver To Her Father And Things Got Complicated When She Woke Up During Surgery!

We grow up seeing our parents sacrificing for us. At times, they give up things of their own and give us the piece from their plates. It doesn’t necessarily have to be monetary. Even the most privileged humans on earth make sacrifices for their children. Be it the mother or father, they both make efforts unknown to us, just to see their kids doing good in life.

Uncertainty can hit anyone. No one has been spared by the hard wind of the dark uncertain, unknown to come.

This girl did pay all the efforts made by her parents by this one deed!

Noor Ul Ain heard the news which no kid with a sane mind would want to hear; see you parent’s health at risk! It takes a courageous heart to handle that situation bravely and come out conquering.

This is what she did!

Noor Ul Ain
A brave girl who donates half of her liver to her father
2018 has been a very tough year for me. In July, when I read my father’s ultrasound reports, I could only make out ‘Hepatocellular’ out of the ‘HCC’ written on it, with a desperate, almost crippling hope that it didn’t stand for ‘carcinoma’. But it did stand for it. My baba, who has always easily been my favorite parent, was told by doctors that he had only 6 months to live. We even consulted doctors from abroad but all of them denied treatment, saying it was impossible at this stage to stop a tumor. The last doctor suggested us to just focus on his last days rather than seeking treatment.

But then a hepatologist, Dr. Asif, advised us to travel to India for a liver transplant for which I volunteered. During this period, I was my father’s attendant, taking care of his every need and even trying to make him laugh whenever I could. We flew to India in September. 5:30 in the morning, I went inside the operation theatre before Baba. Things didn’t go according to the plan and I woke up during my surgery. I could hear their voices saying “Sir Hb is 4,BP 40, ECG is abnormal”. The surgery got complicated and prolonged, even longer than my father’s. When I finally regained consciousness, they tried to get me to open my eyes and I just couldn’t do it for all I wanted to hear was about baba. Only when I heard one of them saying “Uth jao beta, aap k baba theek hain. He’s awake”, I opened my eyes. We both were shifted to ICU. I spent five days in that room, not being allowed to see my mother or walk or eat; it was the most painful time of my life. It was only after I walked to baba’s room after surgery and saw him doing well that I felt that the clouds had lifted. I always beamed with pride and hope when my Taya used to say “Ye bachi koi bara kaam kare gi.” but only then did I understand what big challenges actually are.

It wouldn’t have been possible if it weren’t for the people around me. Family and friends, especially my classmates. A man has no choice but to believe in the remarkable possibilities Allah has put in life. How believing in Him and never giving up on someone even in hopeless cases may eventually bear fruit. A smile, a word of confidence said by a Doctor may be trivial for them but it means the world to a dying man! Life can be tough sometimes, but The holder of Heavens has plans and it’s only a matter of endurance until you find your Heaven.

Noor Ul Ain A brave girl who donates half of her liver to her father ♥ 2018 has been a very tough year for me. In…

As Noor’s taya stated that: “Ye bachi koi bara kaam kare gi” Yes, she did! It’s not as easy as it is looking. Many people claim to sacrifice their lives for their parents but when it comes to practicality, they back off!

Noor put herself in the face death, knowing that she’ll either be dead or will save two lives! Kudos, girl!