Research Proves That Pathans/Pukthoon Speak The Language Of Jinns And The Theory Is Scary! 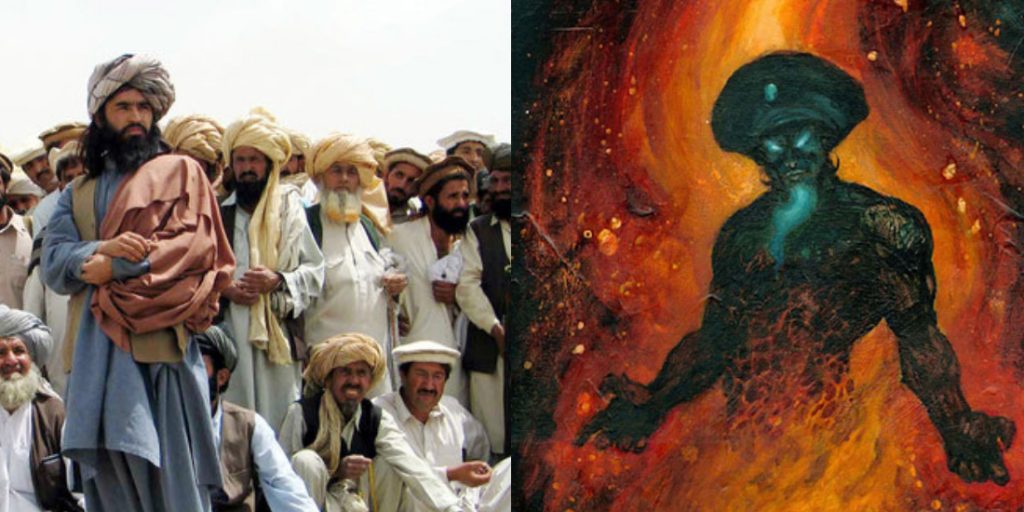 Research Proves That Pathans/Pukthoon Speak The Language Of Jinns And The Theory Is Scary!

A senior researcher at the University Of Peshawar (UoP), Dr. Muhammad Javed Khalil determined that the origin of Pashtuns has remained debatable among the historians and researchers for the last 100 years because of the lack of preserved inscriptions. According to some writers, Pashtuns are Aryans while a few considered them the lost tribe of Jews. Dr. Khalil has also explained that Pashtun culture is based on Islamic principles and Pakhtunwali – an unwritten ethical code of traditional lifestyle of the tribes.

Allah states in the Holy Quran that,

And Sulaiman (Solomon) inherited (the knowledge of) Dawud (David). He said: “O mankind! We have been taught the language of birds, and on us have been bestowed all things. This, verily, is an evident grace (from Allah).” – Surah Namal, verse 16.’

Another famous tale says that when Hazrat Muhammad (PBUH) sent Hazrat Khalid Bin Waleed (RA) to Afghanis for help, their tribal leader Qais Abdul Rasheed came to Makkah or Madina with his warriors. With the assistance of Qais, Holy Prophet (PBUH) won the battle and at that time, Hazrat Muhammad (PBUH) named him ‘Batan’ an Arabic word which means as strong as wood. The word ‘Batan’ changed into ‘Pathan’ when it came to another region.

After the Indo-Pak partition in 1947, some Pashtuns called for the creation of Pashtunistan. The Pashtuns demanded their own land to be formed under the Pashtun-dominated areas of Pakistan and Afghanistan. Although this idea remains alive among hardline Pashtun nationalists, it seems unlikely to come to fruition. Well, let’s see what historians have to say about this latest tale in the town.

If you are a Pashtun and have more facts to add in the article, just share your thoughts with us through comments!