Angry Indians Are Not Allowing Kashmiris To Stay In Hotels After Pulwama And This Is Extremely Heartless! 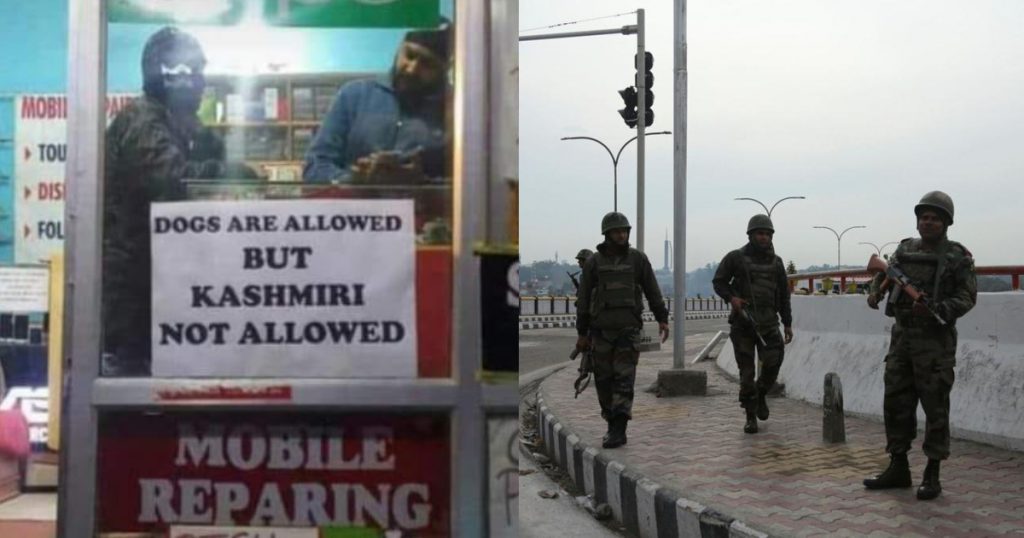 Angry Indians Are Not Allowing Kashmiris To Stay In Hotels After Pulwama And This Is Extremely Heartless!

Pulwama incident created much uproar on both sides of the border. Indians were furious at the unfortunate incident that happened. Kashmiris are just being dragged in this whole circus tableau! Like always, after partition where India and Pakistan were just fighting with the differences. Kashmir was pulled in the middle of these fights, where both the separate nations want whole of Kashmir, so in the result, both of the countries divided it into two and kept one for themselves.

Now, as the Pulwama incident results in loss of the Indian army, Indians firstly took out all of their anger on Pakistan and it’s Kashmir’s turn!

Looking at the current situation, it seems so ironic that how do they actually treat Kashmiris “The place which they very dearly want”!

Several Indian hotels refused to entertain any Kahsmiri and they are angry at them for a not so valid reason!

Rajjab Ali, manager of Kishan tourist lodge, the report said, “Our 46 forces personnel and officers have been martyred in various activities post-February 14 in Kashmir, but still local residents support Pakistani army instead of paying homage to slain soldiers. It needs to stop or we will not allow them in our hotels.”

He added, “The ban will continue in the hotel until our martyrs are not served justice. We need double heads of Pakistani soldiers who often slay our men.”

They want Kashmir, knowing the fact that Kashmiris don’t really respect them?!

Rohit, manager of Hotel Riz said, “As an Indian, I support Indian defense forces, unlike Kashmiris who see our soldiers as enemies. We won’t allow any Kashmiri resident to stay in our hotel until they don’t stop engaging in stone-pelting against our forces and target them.”

India doesn’t want to keep any ties with Pakistan anymore, they stopped all movie releases. Many of the influential celebs want to “finish” Pakistan and would highly encourage if it’s India’s prime motive! Insane!

While so many managers were against Kashmiris, this one hotel president was sane enough to welcome Kahsmiri to their place! Kudoos.

Ramesh Wadhwa, president of Agra hotel association said, “We don’t support such protest against Kashmiri nationals, as they too are Indians. Every Kashmiri tourist or resident can fearlessly travel and stay in our hotels.”

Posted by Warrior the citizen journalist on Wednesday, February 20, 2019

Too much hate to handle, how can such stereotypical behavior lead to something good?! How can the whole nation be wrong? There a few people who do wrong and create such havoc but for that punishing a whole nation doesn’t really seem justified!

Let there be peace, let’s end hate and act like its 21st century! Can we?

Do you have anything to add to the story? Let us know in the comments below!