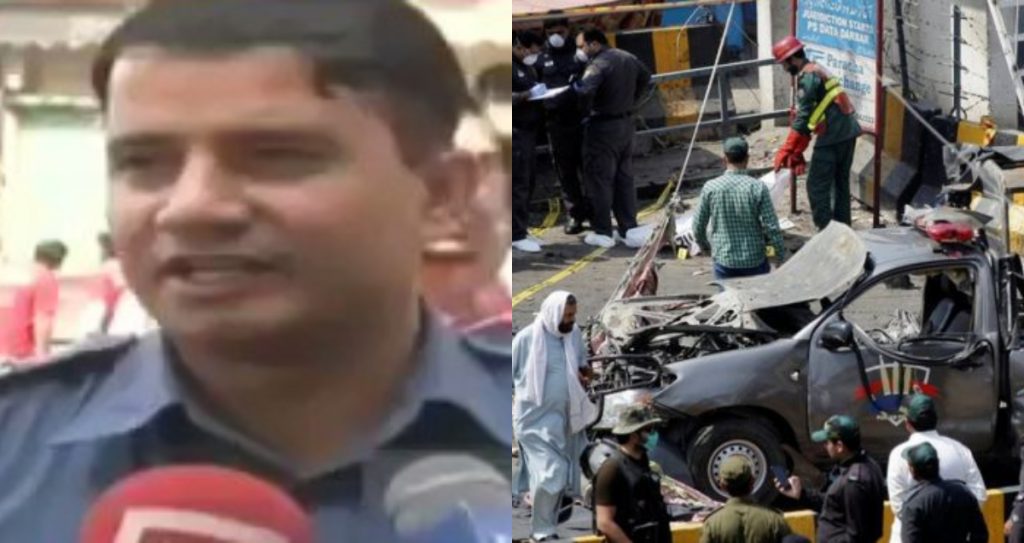 While Pakistan has cut the curse of terrorism in recent years, the one-off occasions where incident such as what happened this morning in Lahore, malign the country’s name at the international stage.

On the second day of Ramadan 2019, a young terrorist wearing a suicide vest walked next to the police mobile at Data Darbar Lahore and blew himself up. This act of his claimed 10 lives and left almost 25 innocent civilians injured.

Of the 10, the 8 martyrs were policemen, fasting during the belting heat of Lahore, trying to maintain peace in the city of livelihood. Although no ‘tanzeem’ has accepted responsibility for this sinister act, rumors suggest it might be Daesh.

Where there are villains, heroes are always present as well. This story is of Asif Siddiqui, a traffic warden of Pakistan police who at once, went towards the victims in a bid to help them in time, as soon as the blast struck. Asif Siddiqui did not care about his life and wanted to help as many people as he can, while all others ran in the opposite direction to save themselves.

People like Asif Siddiqui keep our faith alive in humanity and that not all heroes wear capes, somewhere uniforms as well. When Asif saw many dead bodies, he tried to focus on the ones that were still breathing. Asif managed to save two children and a person who was screaming for help.

Kudos to this traffic warden of Lahore police. He is s hero.
My heart with the families of Shaheed officers and the civilians ?#DataDarbar #LahoreBlast
pic.twitter.com/qc7CJf2Ioc

Asif’s act might have got the attention, but his on-the-spot interview to Dunya TV revealed that he wishes he had martyred in the incident, instead of the people who did. He said that every morning, policemen get out of their house well knowing that it might be their last day and they might not return home.

Pakistan has been a subject of terrorism ever since the war against terrorism back after 9/11. Giving hundreds of thousands of lives as a sacrifice in this war, the consequences still rattle our country. Cross border warfare from India and such heinous acts of nexuses created by foreign powers in this land of peace always deserve extremely condemnation.

We pray that the shaheeds of Data Darbar find peace in the Hereafter and Allah Almighty gives Sabr to the families they leave behind. It is now the government’s responsibility to take care of the families of the martyrs. Their sacrifices should not be forgotten, and Asif Siddiqui’s braveheart act should be appreciated.