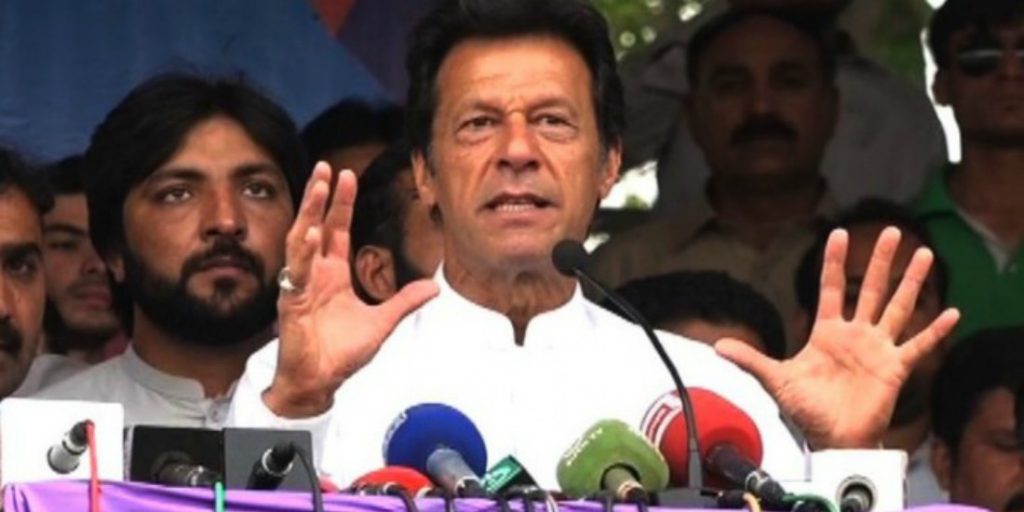 ‘Naya Qanoon’ [The New Law] is a matchless story of Saadat Hasan Manto about the Government of India Act,1935. The main character of the story, Mangu, hoped that the Naya Qanoon in India would change the life of the Indian people; their shabby and scruffy condition would improve after its promulgation, the British Rule in India would end, people would enjoy the entire freedom, and their authority would be established.

The day when the law was enforced, he met an Englishman and wrangled with him. Police officers locked him up; he continued to rehash about ‘Naya Qanoon’ but the police officers told him that nothing had changed; everything was being executed in the same way as it was before the promulgation of the new law.

This story is aptly suitable to the populist narrative ‘Naya Pakistan’ used by Pakistan Tehreek-e- Insaaf. However, Zulfiqar Ali Bhutto first used the word ‘New Pakistan’ after the dismemberment of Pakistan in the great tragedy of December 1971. He vowed to build a new Pakistan from the ashes. Swiftly moving towards the ‘Naya Pakistan’ of PTI  which appeared after 2018 general elections, PTI leader, Imran Khan, took the reins of that assembly which was despised by him when he was just a member of that parliament. Like Manto’s story, nothing has changed since becoming ‘Naya Pakistan’.

Instead of change, the incumbent government was embroiled in a lot of controversies. On the international front, Pakistan had to face huge embarrassment over a telephone call between Prime Minister Imran Khan and the US Secretary of State Mike Pompeo when the Government of Pakistan denied that conversation also occurred on terrorism and militants. After that a transcript of the phone call was handed over to the Foreign Office by the State Department, the Foreign Office spokesperson refrained to talk over that issue.

His austerity campaign also took a nosedive when the news of helicopter usage by the Prime Minister floated and a loose talk was done by Federal Minister for Information and Broadcasting, Fawad Chaudhry, about the expenses of the helicopter which cast only Rs.55 per kilometer.

Usman Buzdar was made the Chief Minister of Punjab, the most populous city of Pakistan, whose qualification for that job was that he belonged to a backward area of Punjab. Can this be merit for the appointment of an important task instead of competence? He always reiterated that he would free the police from political pressure; District Police Officer (DPO) Pakpattan, Rizwan  Gondal, was transferred over political pressure and on government fiat at the stroke of a pen.

He is against the dynastic politics, but the bigwigs of his party are the epitome of that politics e.g., Shah Mehmood Qureshi, Pervez Khattak, Asad Qaiser and Ali Amin Gandapur etc. These affluent persons got tickets for their kith and kin. What is the moral rectitude left behind to criticize the dynastic politics?

It is correct that reforms didn’t occur overnight, but the incumbent government is operating against its own rhetoric and contradictions galore. Now the time has come to move beyond superficialities and to walk the talks. May his party could focus on real issues instead of creating a fuss over non-issues in goofy manners. May democracy in its true sense flourish and underprivileged people get benefits from his governance in ‘Naya Pakistan’.