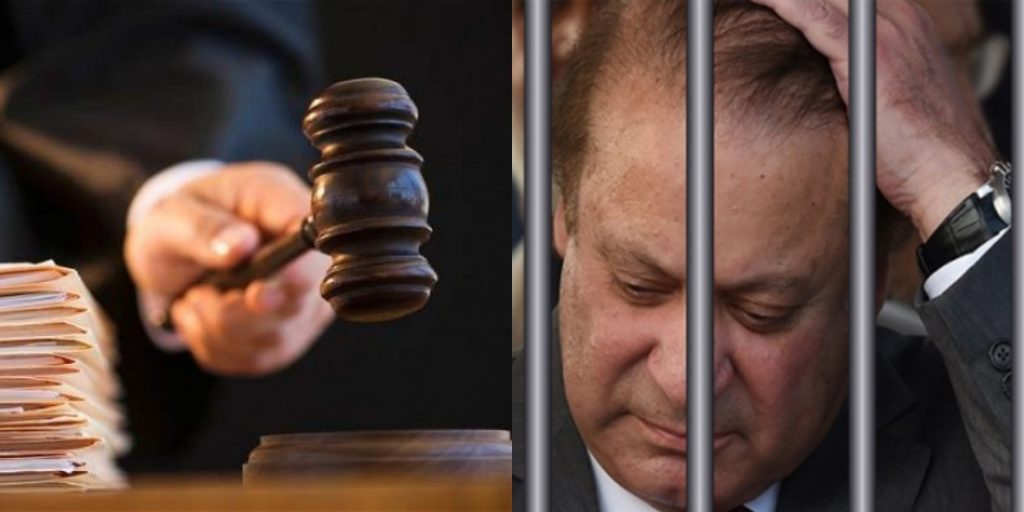 It seems that the long-running ‘Nawaz Sharif Saga’ has finally come to an end!

THE NAB COURT’S DECISION ON AL-AZIZIA AND FLAGSHIP REFERENCES!

Verdict: NAWAZ SHARIF JAILED FOR 7 YEARS IN AL-AZIZIA REFERENCE, BAIL GIVEN IN FLAGSHIP!

For The Other Two References – Al-Azizia, and Flagship Investment, Supreme Court Will Be Giving The Verdict Today!

Nawaz Sharif has arrived Islamabad from Lahore in the morning for the verdict which will decide his fate. On the other hand, Maryam Nawaz has tweeted for the first time in five months in which she prayed for her father and late mother Kulsoom Nawaz.

PML-N leaders are standing with their chief.