Najam Sethi Said That Imran Khan Had A Huge Fight At Home|Parhlo.com 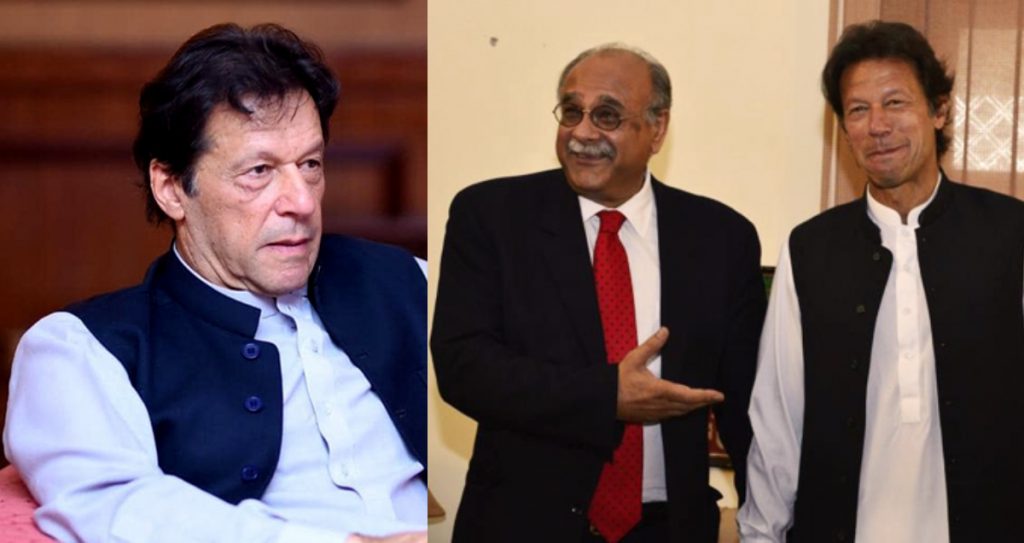 So, Apparently, Najam Sethi Just Said That Imran Khan Has Had A Huge Fight At Home And This Is Confusing!

The renowned Pakistani journalist and ex-Chairman of Pakistan Cricket Board (PCB) who is famous for his prediction in Pakistani politics revealed another big news last night. In a talk show, Najam Sethi said that according to his famous ‘Chirya’ Bani Gala has witnessed its first fight after Bushra Maneka and Imran Khan’s marriage. Najam Sethi revealed that they were about to part ways but the dispute was resolved after the interference of close friends otherwise it would be over!

Talking about the difficulties in marriage, Najam said that peace and love are the keys to make a home and the absence of these two things directly affects the lives of both the partners. Najam Sethi also said that someone should convey this to Reham Khan and Jemima Khan so that they could feel happy about it.

Here Is What Najam Sethi Said In The Live Talk Show

It Is Unethical Even If It Is True!

@najamsethi Have great respect for your as an intellect but your Chirya news about Banigala is unethical even if it's true. What if people talks about you and Jugnu Mohsin? Hope you will understand.

So, Is Najam Sethi Doing This Deliberately?

@najamsethi you are losing your mind. What is your age babay? You work at 24 news, which is owned by Zardari’s sympathizer and u barking on Imran khan is understandable but you’ve crossed your limits here.
You know people would hate you but you did this deliberately. You’ll fail https://t.co/KbFC6XVmJT

To make a dent or to make a cent?
Seems TV anchoring is not put bread and butter on the table since gov ads stopped coming

Other Side Of The Story?

Well, this is not the first time that the name of Najam Sethi and Prime Minister Imran Khan came together in a controversy. Every Pakistani remembers the story of 35 punctures when according to PTI leader Naeem ul Haq, Najam Sethi who served his duties during General Elections 2014 as a Governor Punjab in caretaker government called PML-N party chief and the former prime minister Nawaz Sharif to assure him that the “35 punctures” had been fixed.

The 35 punctures controversy was in a midway when Najam Sethi became the Chairman of Pakistan Cricket Board (PCB) and organized Pakistan Super League for the first time in UAE. When Najam Sethi planned PSL matches in Lahore, Imran Khan gave a few critical statements and called international players  ‘Railu Katte’ which showed his hatred for PMLN and Nawaz Sharif clearly.

But PTI supporters again supported Imran Khan and titled Najam Sethi as a ‘Lifafa Sahafi’. After the launch of Reham Khan’s infamous book on her ex-husband Imran Khan, the rumors circulated on social media that she is going to write a book on Najam Sethi as well! He is more than what we think about him!

Let’s see if Imran Khan supporters gave him a befitting reply once again or following the footsteps of their party leader just stay quiet.

Read Also: NAJAM SETHI AND WAQAR YOUNIS SLING DIRT AT EACH OTHER