Changing Dynamics Of Politics In Afghanistan 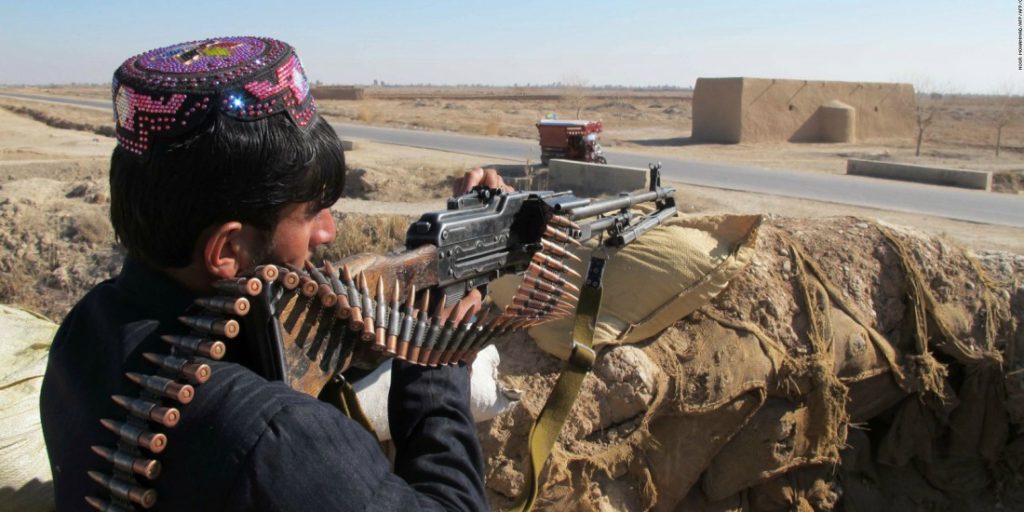 Changing Dynamics Of Politics In Afghanistan

Why is the notorious terrorist group Islamic State of Iraq and Syria (ISIS) holding its grounds in Afghanistan despite the American presence? These are some scathing questions that haunt the international players that are asserting their influence for their own vested interests.

In Syria, American forces were supporting al-Qaeda’s Syrian Franchise-the Nusra Front-in the pursuit of its habit of ‘regime change’. In Yemen, according to the Associated Press report, a Saudi-led coalition backed by the U.S. has struck a deal with aI-Qaeda, allowing them to leave the cities where the militants have a stronghold. If the Taliban were a threat to the Americans, then they should also use their energies to curb them in every nook and cranny.

International players -rising China, emerging Russia, intransigent Iran and indomitable Taliban -are all threat to the U.S. To keep itself relevant to the South Asia politics, America is using the blame-game pertaining to providing safe havens to the Taliban. Cordial and cold relations between two countries are continuing till now and a new era of cold war is going to start.

India is now the major ally of the U.S in the Indo-pacific region, but it is saddling into two boats-the U.S and China- which are rivals to each other. President Donald Trump in his address related to South-Asia policy urged India to play its role in Afghanistan development and stability. In the past, Pakistan was used to contain the Soviet Union; now India is being used by the U.S to contain China. China is interested in Afghanistan for the success of its Once Belt One Road Initiative as the stability in Afghanistan and Baluchistan is the Indicator of China’s economic dominance in the world.

Pakistan is castigated by the Americans for providing sanctuaries to the Taliban. In the past, Pakistan did so with the intention to have a peace in the region by quelling the infighting groups. Now, Pakistan is fencing with its 2600 km long border with Afghanistan to lessen the spate of terrorism and to ameliorate its security. It is not Pakistan that is against the border-fencing, but India and Afghanistan’s Unity government backed by the U.S.

One of the reasons for the American presence in Afghanistan is that there is no public reaction against it. When the US President Lyndon B Johnson continued his predecessor’s policy regarding the Vietnam War, there were public demonstrations against him. That policy petered out his image and sequel of that policy proved a final nail in the coffin of his political career. In January 1969, Richard Nixon won the election on the pledge that he would end the American presence in Vietnam. The situation in Afghanistan is totally different; from Bill Clinton to Donald J Trump, every U.S president is continuing his predecessor’s policy and there is no backlash or blowback of that policy in the American people.

It is evident that the American presence in Afghanistan is not to keep the peace but to accentuate instability in South Asia. The Taliban were created by proxy wars and for two decades International forces are combating to eliminate them. The world is now operating by proxy wars if another group emanates- like the ISIS- whom the world would blame? The vicious cycle of proxy wars should end and every country’s hegemony should be avowed instead of curbing it with full might.