What Is Your Idea Of Speed? Take The 4G Speed Challenge|Parhlo.com 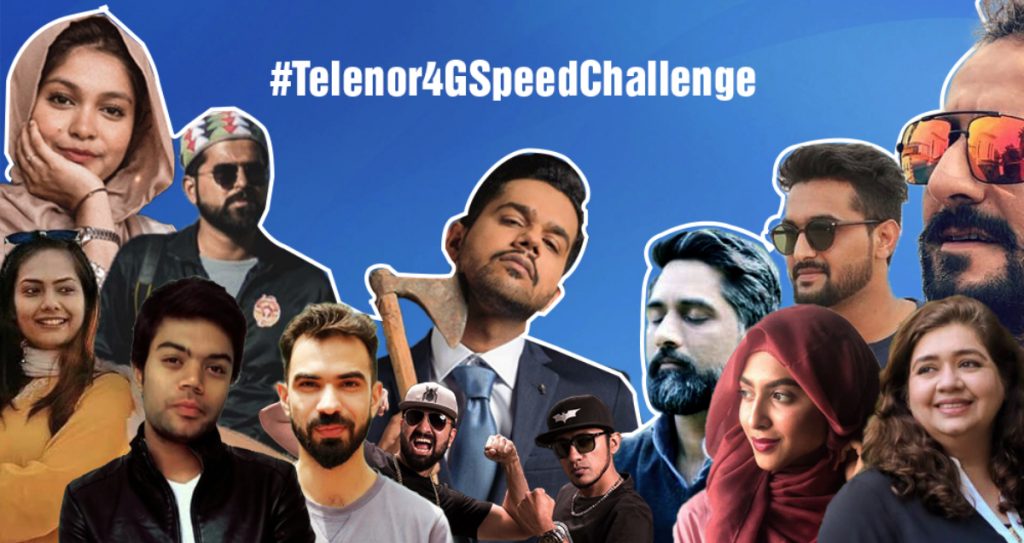 What Is Your Idea Of Speed? Take The 4G Speed Challenge

When you hear the word SPEED, what really comes to mind? Usain Bolt sprinting in a 100m Olympic race? A Lamborghini roaring down a racetrack? Khujlee Family wearing as many shirts as they can within 30 seconds?

If answered the third, then you are probably following the #Telenor4GSpeedChallenge.

It started when Ali Gul Pir was busy in a live video on Facebook and asking his followers to give him lines to use in a rap song. Just then Telenor, an active brand on social media, decided to have a bit of fun and challenged Ali to make a speedy rap out of words commented by his fans on the live video. Knowing Ali Gul Pir, he immediately accepted the challenge and created a rap song and posted it on social media with the hashtag #Telenor4GSpeedChallenge.

However, things were just getting started as Ali Gul Pur took the challenge another level. He challenged Ducky Bhai to do something SPEEDY and post a video too. Soon enough, the challenge went viral on social media and many celebrities and influencers, such as Desi Mountaineer, That Karachi Girl, Piru Saein, Taimur Rehman and many more, started jumping on the bandwagon in a bid to one-up each other.

What did these influencers do exactly? ANYTHING and EVERYTHING that they thought had to do with SPEED. The idea was to express speed in their own way and do an activity within a given time frame. Other than the rap song and shirt makeovers, activities ranged from reciting poetry to roasting friends, from climbing stairs to listing down tourist sites. The trend soon snowballed into something massive, with thousands of challenge videos coming in. Just when we thought we had seen it all, out comes another video showing us a unique depiction of speed that we never really thought of.

We have to hand it to Telenor, which took its functionality of 4G SPEED and turned it into something which allowed everyone to share their own idea of SPEED and helping us understand its diverse meanings and possibilities.

It’s really delightful to see how the digital space has become a playground for our millennials, and never fails to amuse us with its latest trends and happenings. This is why in a fast-paced life, we as humans have developed a need to remain connected to the digital world to have instant access to our questions, passions, curiosity and worries. In a world like this, we can only imagine the significance of fast internet and digital services, something Telenor has always promised and delivered.