How Much Prime Minister Imran Khan Per Month Salary Is|Parhlo.com 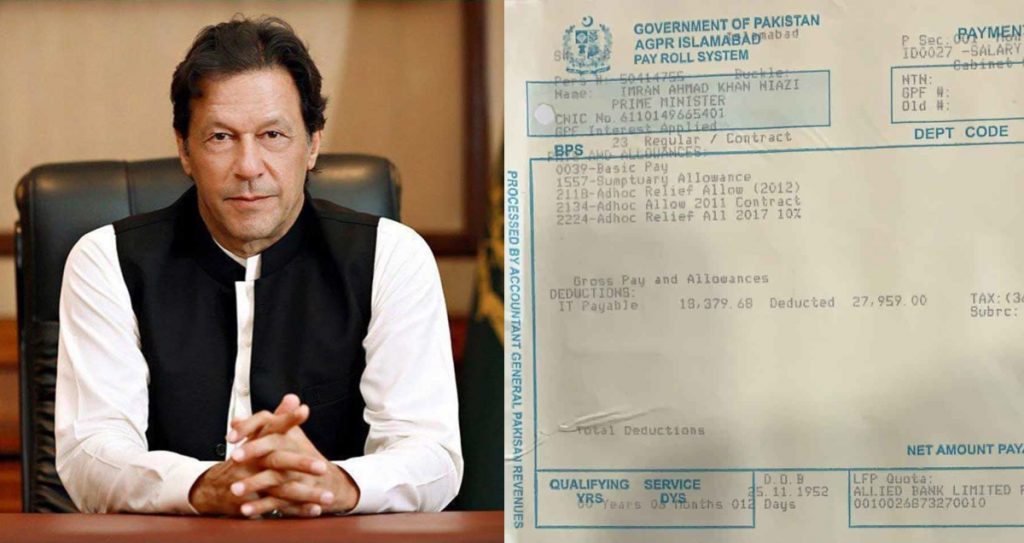 This Is How Much Prime Minister Imran Khan Is Taking As His Per Month Salary And If This Isn’t Tabdeeli, Nothing Is!

In Pakistan, being a politician is always linked with milking the government. People think that whenever somebody becomes the people’s choice and joins the government, they start looting it.

However, when Imran Khan and the PTI came forth with their political agenda, they promised to change things. This is exactly what they have done.

Recently, ARY News revealed Prime Minister Imran Khan’s per month salary, and the invoice has shocked everyone. Imran Khan is taking home less money than all the Chief Ministers of every province. Better yet, even normal 18 grade bureaucrats in Pakistan are earning more than him.

This is how much Imran Khan is making every month!

Bring this in context to the salaries of a company’s CEO, they earn almost 4 or 5 times more than him. Imran Khan did not come into power for money, now this is something that has been guaranteed. This act of the Prime Minister is making people fall in love with him all over again, and we are among them as well.

All this came into light after the parliament, with a consensus, passed a bill that would increase their personal salaries. Being the epitome and flagbearer of ‘change’, Imran Khan spoke against it on Twitter as well.

If this isn’t tabdeeli, we don’t know what is!