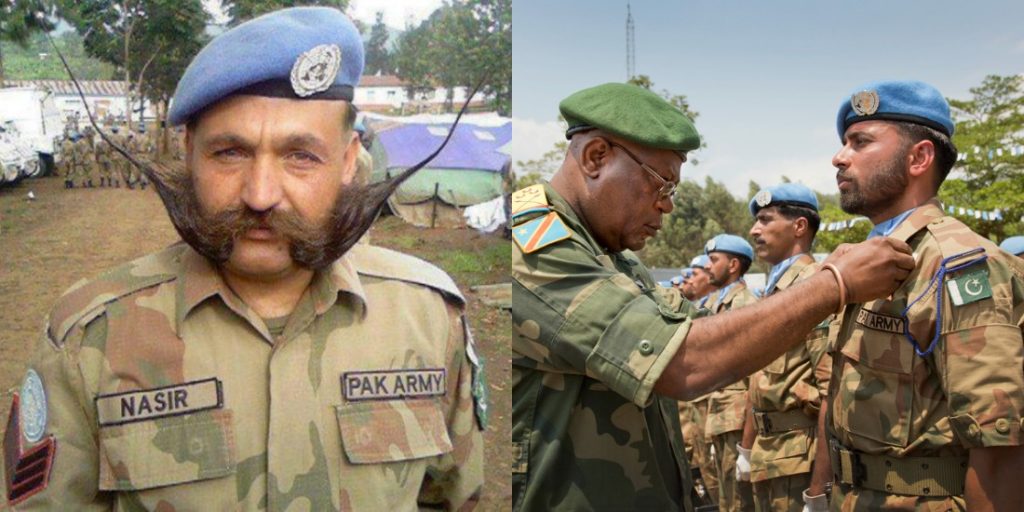 As many as 7,123 Pakistani peacekeepers; which includes 6,703 armed forces personnel, 74 experts of military, 66 officers of staff and 280 officials of police have been currently deployed for 7 different UN peacekeeping missions; which includes Congo, Darfur, Haiti, Liberia, West Sahara, Central African Republic and Sudan.

As reported by Pakistani news-hub Express Tribune, «In case of casualty while performing duty, the UN pays a package of $70,000 in compensation. Payments are directly remitted to the duly recognized beneficiaries of the deceased, the upper house of parliament was informed. The deadliest mission for Pakistani troops in terms of lives lost was in Somalia in the early 1990s. At least 40 Pakistani soldiers lost lives in peacekeeping duties in that country.»

The other two countries above Pakistan as the leading contributors for UN peacekeeping missions are Ethiopia and India. It is extremely shocking that no other superpower of the world contributes as much as three third-world countries, while they are the ones who have gripped the UN completely.

However, it is a proud moment for Pakistanis to know that their nation and armed forces not just take care of them, but also other nations who are suffering similar or worse fate.