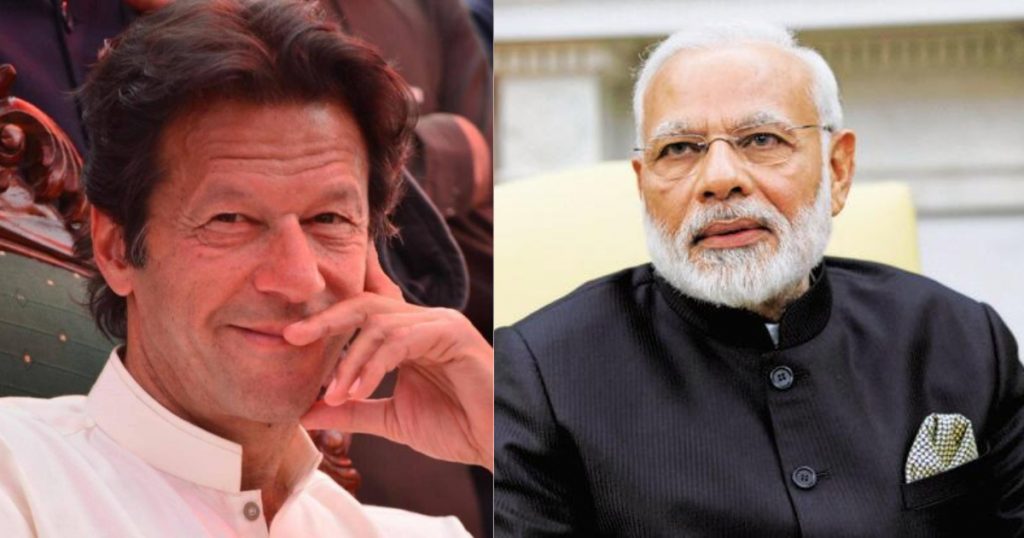 The Pulwama incident has been an ongoing hot topic for quite some time now and from entertainment to sports – everyone and everything is dragged in the Pulwama incident. Recently, PM Imran Khan sat and give a speech about how «Pakistan would not think and would immediately retaliate if India even thinks to cause any harm to our country.

Have a look at this for the full speech.

However, recently in a Rajasthan rally – Indian PM, Narendra Modi went on and soften his tone. Looks like PM Modi is seeking ways to patch things up with PM Imran Khan and Pakistan.

He said that «we should give peace a chance and fight against illiteracy and poverty.» Modi also added «when Imran Khan was elected as Prime Minister, I congratulated him. I had told him that we together should fight against poverty and illiteracy. Imran Khan had said to me that he was the son of a Pathan and will stand by his words.”

Have a look at this!

The PM of Pakistan Imran Khan has also suggested to investigate the matter and go in the finer details to come to a conclusion. He also told Modi to give peace a chance and fights against crime together and put an end to this.

The Pak-Indo relations have been going haywire since the Pulwama incident and now is the time we finally witness some progress form the neighboring country.

Have a look at the responses which people had on Twitter after this news update surfaced on social media:

and this is something up-to the point, @satishacharya you nailed it man ???? @PMOIndia @narendramodi Congratulation for this award. #Acting #NarendraModi #RSS #Kumbh2019 pic.twitter.com/MIzg4xP0KX

What’s your take on this?

This user is really getting at it!

We will ban your artists and tourists, we will not play sports with u, we won’t trade with u, we will try to ban u in every intl event: we will do everything & anything but we will not talk to u of the issues hampering peace- Modi School of Diplomacy

This person believes that we need to have a conversation and hate is not the answer!

My Indian brothers and sisters get rid of N. Modi and choose someone who talk peace with Pakistan. How long we are going to hate each other.

What updates do you think will follow after the PM Modi’s speech? India has already banned all the Pakistani singers and actors in their country after the Pulwama incident. Let’s see what come after this and how the entire situation pans out.

If you have something to add to this story – let us know!