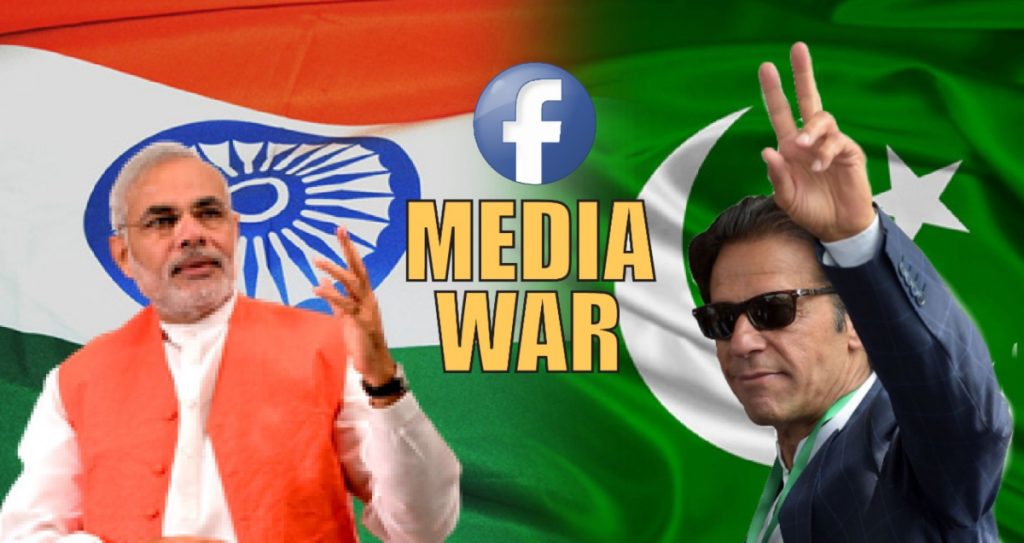 Resist, resist, do not say a word, for when you speak the truth, they label it absurd.

Living in the 21st century, the meaning of ‘media’ and ‘news’ has taken a drastic turn. Some take it for better, while others think it is for the worse. While it may seem like the concept of journalism and reporting has broadened, the truth, bitterly, suggests that it has shrunken in size and meaning.

With the advent of digital/social media, every man with a camera and access to the internet has become a source of news – let alone publications.

Ever since the Pulwama terror attack, the hysteria generated from across the border, be it for the sake of TRPs, regular anti-Pakistan jingoistic rants, or even Indian PM Narendra Modi’s election campaign agenda, all this has brought out the worst out of both countries.

Scars of 1947, refreshed, presented with a rebuttal, have pulled a combined population of 120 crore people of the sub-continent to forget their goals, aims, dreams and prepare for what we’ve tried to avoid for 70 odd years.

With over 1000 (24 hour service) news channels and hundreds of digital publications, India’s media has successfully enforced their narrative of ‘we will force you to fight this war’ on Pakistan. Their fake attempts of intimidation, backed by their establishment, have forced Pakistani publications to act as defenders of their sovereignty, dignity, and respect, in the digital space.

They often say, ‘defense is the best form of attack’, while our honorable, brave and thunderous Army protects our borders with the same rhetoric, we believe it is our due diligence to serve the same. All is fair in love and war, and this is war, no matter how hard we convince ourselves, try and stay aloof of this unprecedented fact.

Parhlo believes in the utmost sovereignty of Pakistan and defending it on every stage and platform. Since day one, we’ve backed our Armed forces, Establishment, and legislators with a mind fixed in the bracket of sanity.

To whomever it may concern: This publication will continue defending Pakistan’s dignity, the narrative of our stakeholders and the right to call out India or any other entity which tries to bite more than it can chew. They might be more in number, but it is the spirit that matters. Pakistan Zindabad.