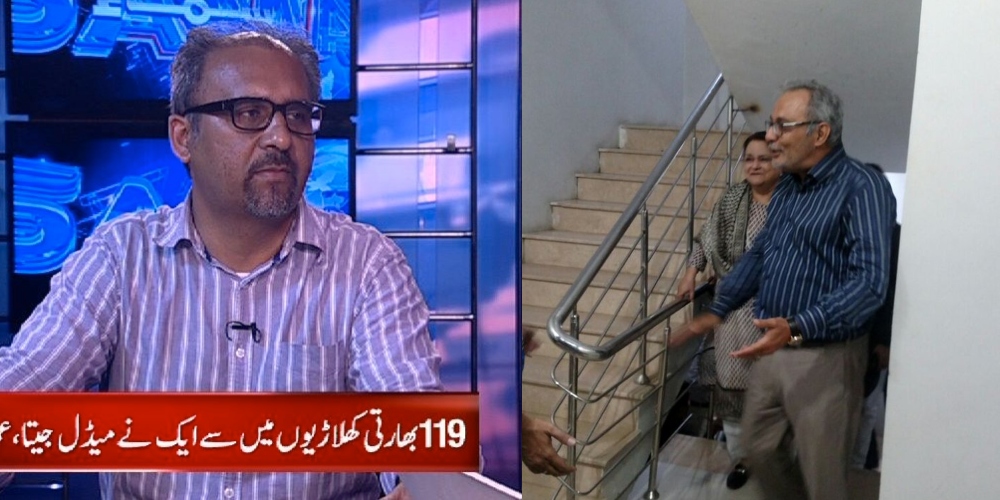 Haider Abbas Rizvi, a prominent member of the MQM Rabitta Committee, recently stormed the headlines when he was pictured as an Uber driver registered on the app. Thereafter, we saw an uproar on social media. Mr. Haider Abbas Rizvi is a recognizable face, especially to Karachiites. He has been a leading member of MQM-P and has gained massive support from people for long now.

Many people insensitively mocked him for being employed at Uber. Normally, it is a myth among the status quo in Pakistan that all politics reap exuberant benefits and plunder the country using their power. That is true but that is not completely true, however. One cannot judge or either offer anyone a clean slate.

So, Haider Abbas Rizvi is being mocked by many people for earning fair in another country and it has brought us the shame to even think why would people mock it… Pakistanis on social media are actively bashing the trolls who mock him for it. To our surprise, a prominent journalist on social media just took a jab at him…

Had no idea driving an Uber ages you so quickly… pic.twitter.com/nc9hpk5OrV

It has enraged many Pakistanis on social media. People are calling out him on such words and absolutely condemn any sort of trolls against him. It’s a decent matter and a humble question that why would anyone be made fun of him for earning a fair livelihood? Are we too accustomed to politicians plundering our country?

Breaking: Consultant to a PPP leader is found to be suffering from a horrible case of word vomit upon coming across a man trying to earn an honest living. Says it’s incurable since the teer has gone too far up the ass now. https://t.co/q4m3wXtsnU

God help @BBhuttoZardari, if he has media consultants like you.

i really hold respect for him, he preferred driving Uber than selling his loyalty

there's no shame in driving an uber. WHAT IS WROG WIT YOU ?

So the job of a media consultant involves making personal remarks about people. Hmm, interesting. May thy Lord help you.

There is nothing wrong in earning halal. What’s your point???

Shame on you for saying this, he drove cab to support his family nd there's no shame in it though it is shame to write for yellow envelope .

No one should be shamed for driving a cab and there should be no stigma in driving cabs for anyone. He appears to be supporting his family in a decent way and should rather be encouraged instead of being bullied.

What do you guys think?