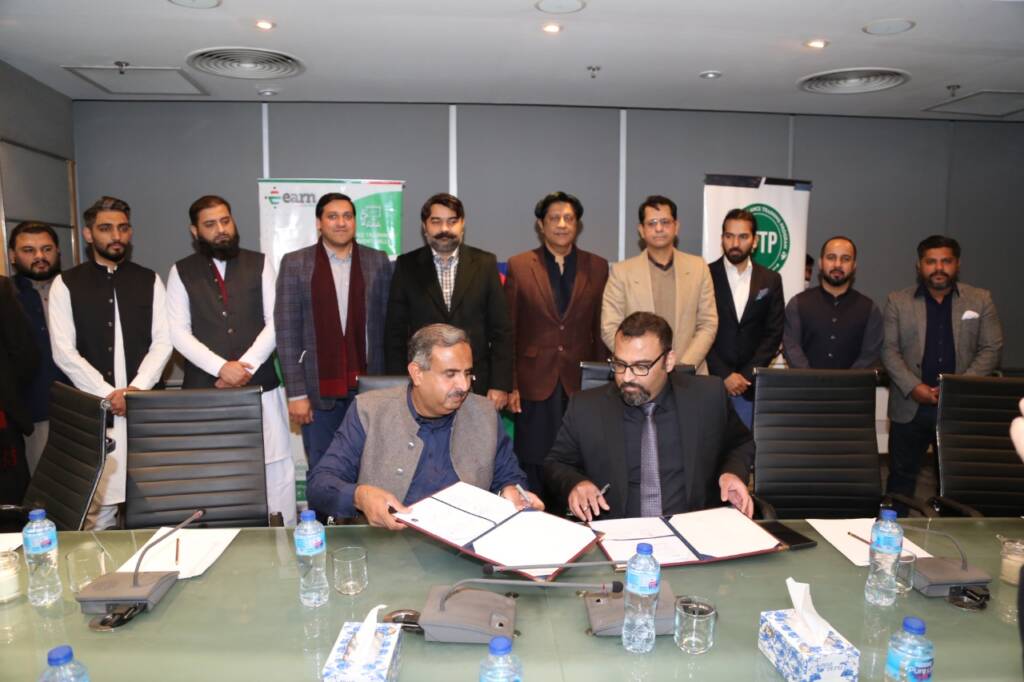 While speaking at the ceremony, Punjab’s Provincial Minister for Higher Education & Information Technology Raja Yassir Humayun Sarfraz said, “Government of the Punjab envisions technology as an engine of economic growth as IT is opening new frontiers every day and our aim is to provide best-in-class coaching to startups, so they can compete at an international level for visibility and necessary funding for accelerating growth. I value this partnership because it will provide exciting opportunities to our local startups and will further strengthen PITB’s existing programs in entrepreneurship and freelancing domains”.

Chairman PITB Azfar Manzoor said, “Pakistani startups have made their mark in the global arena which is manifested through an increase of over 300% funding raised by local startups during the last year. In line with the vision of the government, PITB’s entrepreneurship and freelancing programs are not facilitating the youth of Punjab through incubation and skills development programs but are also helping them in creating the much-needed linkages with the foreign investors and venture capitalists.” It is worth mentioning that PITB is running a range of successful incubation and freelancing programs not only in Punjab but in other provinces as well. As a result of this partnership, all local startups will stand to benefit.

Nutty Ventures AB, which is currently running a Sweden-wide accelerator program, has extensive experience and network in the Swedish startup, impact, and funding ecosystems. Its Founder and CEO, Mehkar Sheikh said, “Today, change is happening faster than at any other time in human history. We need bold new ideas, at an accelerated pace, cutting through the traditional hierarchies and structures. Nutty Ventures will leverage the power of global best practices to create meaningful impact for PITB-backed startups.”

Sweden is one of the leading countries in the world in innovation, startup activity, and more recently in impact. According to a latest report, Stockholm currently has the highest number of tech unicorns per capita in the world after Silicon Valley.