Jibran Nasir Detained and Beaten by Police for Refusing to Give Way to Judge and People Are Furious! 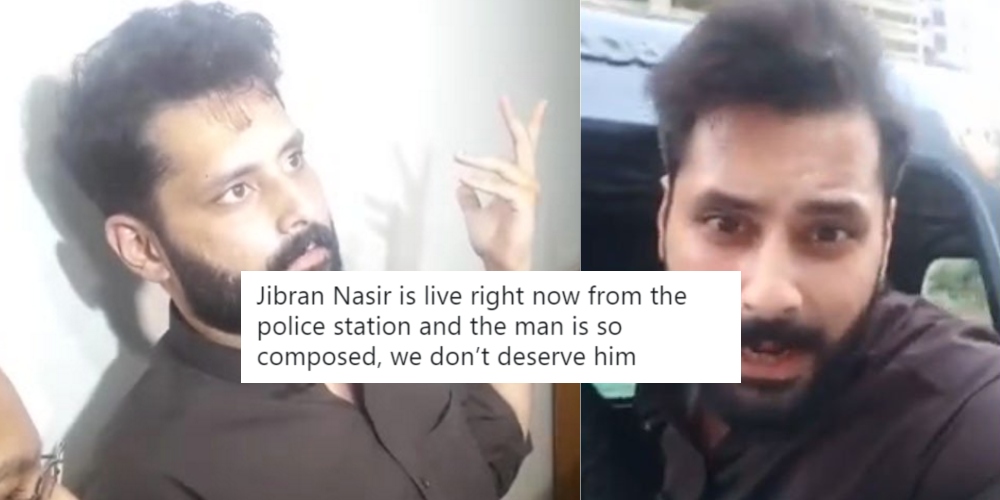 Jibran Nasir Detained and Beaten by Police for Refusing to Give Way to Judge and People Are Furious!

The most prominent social activist and lawyer in Pakistan, Jibran Nasir was beaten up and detained by Karachi Police on Monday evening. The independent political candidate from Karachi refused to give to a judge during a security convoy. The judge in question was of Sindh High Court Faisal Kamal and the incident took place in Clifton.

Jibran Nasir was driving on Khaliq-uz-Zaman road in Clifton Block 08 where he met with the security convoy of Sindh High Court judge. It was revealed that the members of the security convoy signaled Jibran to give way. But Jibran refused to follow through and apparently, some of the security personnel was found to be misbehaving him. Therefore, he was stopped, beaten up and taken into custody.

In this video, Jibran can clearly be seen taken away by the police and he reveals how they went violent with him. Beating up and tearing apart his clothes.

Obviously, the video among caused an outrage among people and shortly after, Jibran Nasir posted another

Live from Frere Police Station after I was assaulted and arrested by a protocol for not giving a VIP the way on the road. #NA247 #Elections2018 Yeh hota hae agar umeedwaar ho Hum Mein Se #Aik.

The police escort briefly detained Mr. Nasir but subsequently let him go when his identity was confirmed. Mr Jibran Nasir has claimed that he is under arrest, which is not the case. He is at liberty to leave the police station whenever he wishes. An inquiry is underway.

As of course, Pakistanis on social media were not having it at all. They expressed their anger and resentment and called for an immediate release of the lawyer. What is more inspiring is how Jibran took charge and took control of the entire situation, without losing sweat and rationally taking on everything.

As soon as the news took over social media, Pakistanis stood up for him and the hashtag #FreeJibran went on

Jibran Nasir apparently got manhandled by some judge's protocol police near Punjab chowrangi. He was live from a police station a minute ago. Screw this VIP culture.

Activist Jibran Nasir should be released immediately. If he has committed any crime by not giving way to a VIP protocol register a case against him and deal accordingly. To torture and drag him or anyone is illegal. #FreeJibran

Human rights activist, lawyer & an election candidate @MJibranNasir has been picked up by police in #Karachi . This is a terrifying video to watch in an increasingly chaotic pre election environment and it is completely unacceptable. #FreeJibran #JibranNasir #Pakistan https://t.co/Oq10ZadDO9

VIP protocol remains a menace and must end. Jibran Nasir latest victim. Someone must answer for the violence used against Jibran Nasir and for his arrest when it is the VIP protocol walaas who shd be arrested forthwith.

In opinions, I mostly disagree with Jibran Nasir but this disgusting display of brutality by SecurityHead SyedBukhari/Judge FaisalKamal CAN NOT BE TOLERATED. Imagine wht a common man goes through with VIP CULTURE. CJ SAAB, TAKE NOTICE of ur VIP JUDGE & make an example out of him!

This is one manifestation of the toxic VIP culture in Pakistan which Pakistanis have to go through. These VIPs considered it rational to abuse and harass the general public who do not follow their VIP regime.

Have your say regarding what happened with Jibran Nasir yesterday in Karachi?