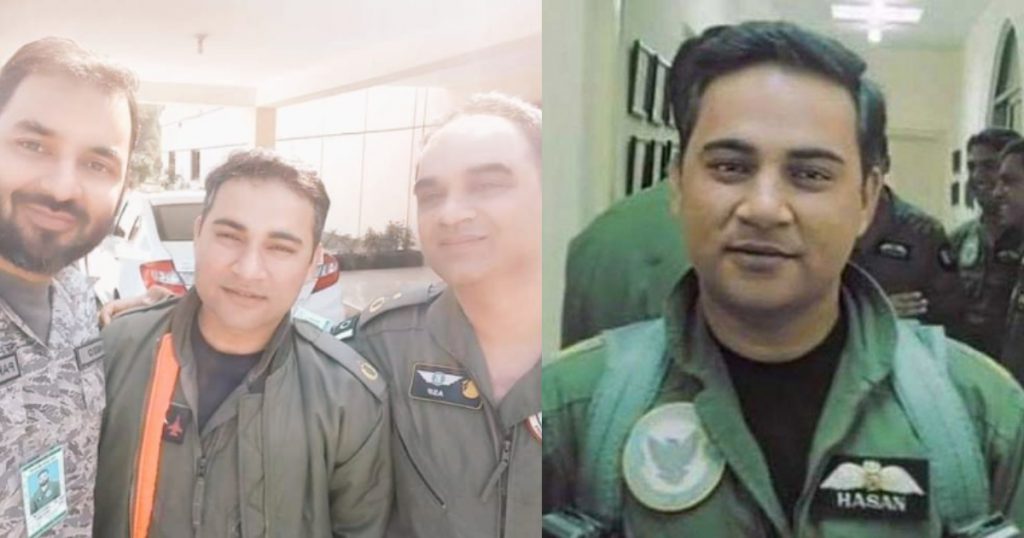 Tensions have raised between Pakistan and India after the airstrike on LOC on the 26th of February. Soon after Pakistan’s surprise to India, video of Pak squadron leader Hassan Siddiqui began to make rounds on social media with great applause for his valor and achievement as he brought down two Indian fighter jets who were intruding.

Love started pouring for Hassan Siddiqui and people are calling him the new MM Alam or Muhammad Mahmood Alam, who was a fighter pilot of the PAF and took down nine Indian jets during the war of 1965.

The pilot that was taken captive by the Pak Army Force was Vikram Abhinandan and that too in broad daylight.

Siddiqui, who belonged to Karachi, received a hero’s welcome as soon as his plane touched down after downing  Indian jets.

Have a look at how the Pak Army is lauding the brave pilot!

Welcome of Sq Leader #Hassan after his successful mission.
Second to none#PakistanAirForceOurPride#PakistanStrikesBack pic.twitter.com/k3coSzce0f

Siddiqui was keen on serving his country as a child and the passion of becoming an Army Pilot was a career he wanted to succeed in.

Have a look at the details on him…

Posted by PakSarZameen on Wednesday, 27 February 2019

Moreover, there’s a flood of love and prayers for Siddiqui and the Pakistani awaam is genuinely proud of this daredevil!

So much affection for our hero!

We said "Don't poke and mess with us”
Salute the Brave son of Soil ??#PakistanAirForceOurPride pic.twitter.com/JLctOn9M0V

Calling him the new MM Alam of Pakistan.

Looks like each and every Pakistani is full of pride majorly due to Hassan Siddiqui!

The citizens in Azad Kashmir town of Bhimber showered rose petals on the Pakistan Army convoy as it passed through the city after capturing Indian Air Force pilot. Moreover, charged crowds lined up on sides of streets could be seen boosting the morale of the soldiers who captured Wing Commander Abhinandan Kumar after his plane was taken down by Pakistan Air Force earlier.

There’s no doubt that Pakistan Army is striving so local citizens like us can have a sound sleep in the comfort of our homes. We salute them and they certainly are our pride! If you have anything more to add to this story, do let us know!