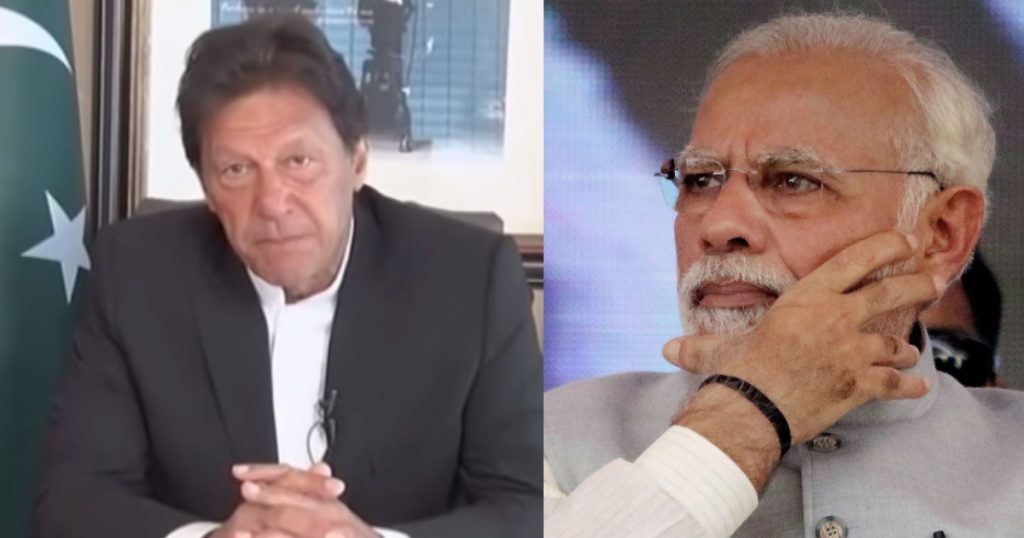 PM Imran Khan Finally Addresses The Nation After Indian Air Strike With Sheer Wisdom And Pakistanis Are Loving It!

The Pulwama terror attack has taken the entire Pakistanis and Indians by storm. The Pak-Indo relations are now at a very crucial place.

After the intrusion of Indians on LOC – everything went haywire between Pakistan and India. Keeping the entire situation in mind, Prime Minister Imran Khan on Wednesday afternoon opened up to the nation and decision makers in neighboring India to reiterate his message of peace.

His statement came after Pakistan Air Force (PAF) successfully targeted non-military targets across the Line of Control earlier in the day which exhibited Pakistan’s capabilities.

Currently, two Indian Air Force pilots are in the captivity of Pakistan’s army. One has been identified as Wing Commander Abhinandan Varthaman

«I wanted to take the nation into confidence over the developments since yesterday morning», Imran Khan said as he began his speech.

He also added, «We offered peace to India after what happened in Pulwama. I understood the pain of the families who lost family members in Pulwama. I have visited hospitals and seen the pain of people affected by this incident. We have lost 70,000 of our own and I know what those who are left behind and those who are hurt are going through.»

Here’s how the masses responded to the entire speech of PM Imran Khan.

This user stated that PM Imran Khan acted shrewdly and proved to be a wise minister.

@ImranKhanPTI once again acted like a sensible educated man whereas @narendramodi is like always putting his country into danger just to gain votes in upcoming indian elections. Modi is selfish! #saynotowar#BetterSenseShouldPrevail pic.twitter.com/avXR40AjRq

This user stated that war is not the best option for either of the countries.

Jokes aside war wont be good for any of us.#SayNotToWar #BetterSenseShouldPrevail

Another user wrote, «There are no winners in war. Please give peace a chance.»

There are no winners in war. Please give peace a chance @narendramodi @ImranKhanPTI #Bettersenseshouldprevail #SayNoToWar

This user said that he’s proud of PM, Imran Khan.

Thank you @ImranKhanPTI
Pakistan is proud of you
A short, meaningful and bold speech. #PakistanZindabad #BetterSenseShouldPrevail

Furthermore, Imran Khan added, «We offered India that we would cooperate. Yet, I had still feared that India would ignore the offer and still take action, and I had, therefore, warned India against aggression and said we will be compelled to respond because no country can allow that.»

In conclusion, the Prime Minister said: «let’s sit together and settle this with talks.»

After the Pulwama incident, the masses are showering the Pakistan Army with prayers and love. Let us know what you think about this entire situation. Let’s hope, whatever happens, happens for the best and no one draws their last breath in this chaos.