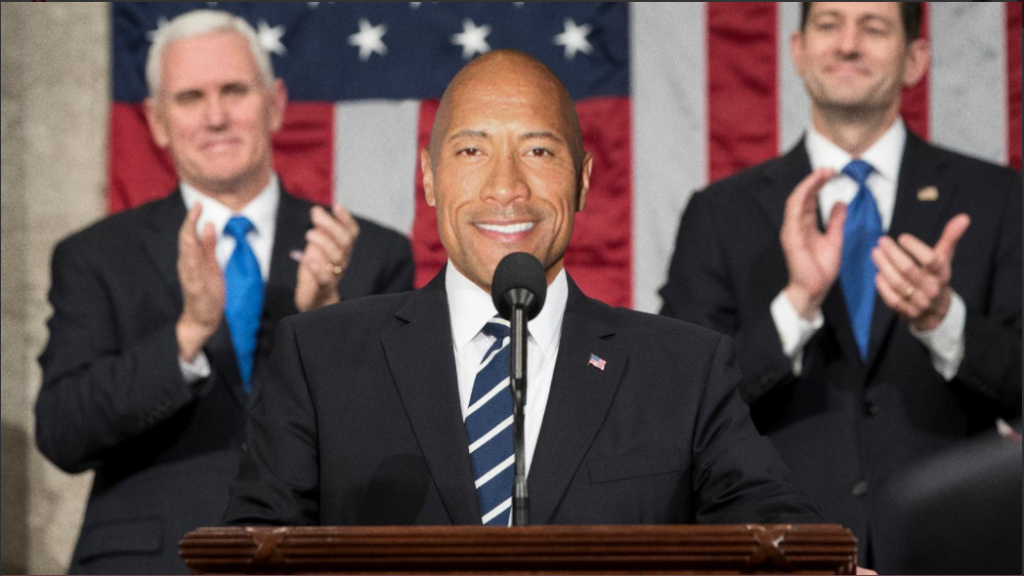 Dwayne «The Rock» Johnson is a name everyone is familiar with. He is one of those famous celebrities who have not only made a place in our childhoods but continues doing so as we grow up as well.

The famous wrestler-turned-actor seems pretty serious about running for the presidency. Is he serious? The Fast and the Furious actor had shared this idea in May in an interview with GQ, and said, «of course» he’d consider running for president in the next elections. He also told Jimmy Fallon after a few weeks later that the whole idea intrigued him and that this isn’t a bad idea after all. However, he also stated that three and a half years is a long way to go.

Just today, The Rock registered himself to run for the electoral commission.

When the Twitterati got to know about this, here’s how they reacted:

President The Rock – what's your name son?
Paul Ryan – it's…
IT DOESN'T MATTER WHAT YOUR NAME IS

Can you smelllll what The Rock is cooking??!!

I'm only voting for him if we're all allowed to smell what he's cooking for the sake of transparency.

One President After Another?

Our country is stupid!!

If The Rock is running for president then I expect paper and scissors to be his opponents. That's how America works now, right?

The form is required in order to set up an election campaign for a political party and was filed by a West Virginia resident called Kenton Tilford. However, given how the actor has already said he is willing to run for the presidential elections, we can’t really tell what the truth is.

There are Going to be Loads of Jokes like these

If the Rock runs for president in 2020, there is only one thing that can defeat him: Paper

Well, He Might be Going with the Flow on this One as well

That's why you're a BAMF and always one of my favs. We'll be the most ripped, knitting squad ever;) https://t.co/XeVa6n0TQ0

Let’s see how this turns out. Given how the US already has an orange man as the president, pretty sure The Rock will be much cooler!